Located in the foothills of the Himalayas in to closest proximity of Ram Nagar (Nainital) is the majestic Jim Corbett National Park. Home to a variety of flora and fauna, the park is famous for its wild population of Tigers, Leopards and Elephants. Corbett national park was established in 1936, as the Hailey National Park (named in the honour of Sir Malcolm Hailey, then governor of the United Provinces). After independence, the name was changed to Ram Nagar National Park in 1952 but was finally changed to Jim Corbett National Park in 1957, named after the legendary hunter, naturalist-turned-author and photographer who had helped in setting up the park and demarcating its boundaries. India's first national park and the first sanctuary to come under Project Tiger, Corbett supports a variety of vegetation making it the ideal habitat for the Tiger and its prey. With the help of the World Wildlife Fund, Project Tiger was launched in Corbett National Park in 1973 and this park was one of the first such tiger reserves in the country.

Corbett is a haven for Tigers as well as its prey, which include four kinds of Deer, Wild Boar and some lesser-known animals. Leopards are mostly found in the hilly areas of the park. Some nocturnal cats found here are the Leopard Cat, Jungle Cat and Fishing Cat. Sloth Bear is found in the lower regions of the park while the Himalayan Black Bear is seen in the higher hills only. The Dole or Wild Dog, though they can be seen in the southern areas of the park along with the Jackal.

Jim Corbett was the eighth child of Lt Christopher and Mary Jane Corbett. His father was works as a postmaster in Nainital. Academic he passed out with matriculation from Nainital Philanders Smith College where he was admired by his masters for his modesty and retiring nature. He did not pursue his academics any further.

Jim Corbett was taught how to fire a gun by his eldest brother just for fun and hunting. Later he left his passion of hunting. He molds his passion to shot only those wild animals turned man-eater and cattle lifter. Jim Corbett took it as his duty to kill such dangerous animals,

There is a story behind it he killed a man-eater leopard in Rudraprayag (Gulab Ray) it is in Garhwal rezone of Uttarakhand.

Edward James Jim Corbett was not only a legendary Indian hunter and tracker turned conservationist but also an author and naturalist. He was famous for hunting a large number of man-eater tigers and leopards in India. Corbett held the rank of colonel in the British Indian Army and was frequently called upon by the government of the United Provinces, between 1907 and 1938, Corbett tracked and shot a total of 33 man-eaters, It is claimed that these big cats had killed more than 1200 human,

The first tiger he killed, the Champawat Tiger in Champawat, was responsible for 436 documented human deaths.

Two man-eating leopards. The first was the Panar Leopard in 1910, which allegedly killed 400 people.   The second was the man-eating Leopard of Rudraprayag in 1926, which terrorized the pilgrims on the holy Hindu shrines Kedarnath and Badrinath for more than eight years, claiming responsibility for more than 126 deaths.

The Mohan man-eater, the Thank man-eater, the Muktesar man-eater and the Chowgarh tigress.Jim Corbett killed Last man-eater tigress at the age of 63years in Thak village kumaoun rezone of Uttarakhand. The tigress was so dangerous for villages and their cattle

Corbett did not kill a tiger without confirmation of its killing people. He was a humanist and deeply empathized with the poor, innocent locals living in and around the Corbett village or Kaladhoongi Uttrakhand.

Other Attractions In Corbett Park

Ramnagar : Situated in the rich farm belt of Terai, on the southeastern fringes of the great forests, the busy market town of Ramnagar is the main administrative centre for Corbett National Park and Project Tiger. Ramnagar makes a fishing base camp. At Lohachaur, 15-kms north along the River Kosi, good anglers are in with a chance of landing the legendary Mahseer, a redoubtable battling River Carp. Permits to have a go must be sought from the Project Tiger office in Ramnagar; most resorts also arrange all inclusive fishing trips.

Wildlife Viewing: Chital, Sambar, and various other Deer species find refuge in the Savannah grasslands known as the Maidan, behind the campsite to the south, and Tigers are occasionally drawn in looking for prey. Two hour elephant rides, explore this sea of grass, rarely penetrating far into the deep jungles beyond; try to convince your Mahout or Elephant driver to venture in, as they can be quite magical. Come at dusk or dawn; in the heat of the day you probably won’t come across much more than deer among the tall grass. Tiger-sightings are few and far between, but you may be rewarded with fresh pug marks.

Jeep Safari in Corbett: Jeeps Safari, is the most convenient way to travel within Corbett national park, and can be rented for the park trips from Ramnagar, from the KMVN Tourist Lodge and other travel agencies. One bus each day goes to Dikhala from Ramnagar, stopping at the Forest Rest houses en route. Banking and other important tourist facilities are available at Ramnagar.

Corbett National Park has various gates to enter and see wild life some of the gates are closed during rainy season and some are open throughout the year for the visitors from Jhrina zone, Dhela zone and Corbett land escape zone.

The main reason for closure of the Bijrani and Dhikala zone is that during the monsoons there are small streams break the road and repair work h has to be start after the rains end So by October to November that road condition of Bijrani and Dhikala comes back in motor able condition.

Corebett National Park Zones - There are various gates and core zones where one can go for Jeep Safri in Corbett.

1 - Dikala Zone – Dikala Gate in Corbett is the most popular and covers a large area of park. Canter safari is available and forest rest houses are available for stay and forest department provides Jeep Safari in side the Jungle.

Permit require to go for Jeep and Canter safari for this zone pre booking available.

4 – Durga Devi Zone – DurgaDevi Gate in Corbett is located in north east zone of the forest. Both Morning and Evening Jeep Safaris available to explore the zone (tourist area only). Here is posibilities of  watching all the wild life species available in the Corbett Natonal Park.

5 – Dhela Forest Zone – Government recently opened a route for tourist called Dhela Gate near to Jhirna Gate. Guide and expert says this is good for safari round the year and this gate gives opportunity to do jeep safari during holidays when all the safari bookings get full.

6 – Sitabani Forest Zone – Sitabani is a forest area, not the part of Corbett Tiger Reserve forest, This area is favorite spot for tourist for walking and bird watchingNo time limits and permit require for visiting Sitabani forest Area.Sitabani zone is popular in the Hindu epic, named Ramayana. As the myth goes, goddess Sita, wife of Lord Rama spent some days of her exile in Sitabani.

How to Get there:

Rail : Ramnagar is on the broad gauge track from where the road transport options have to be availed to reach the park. For faster trains and connections to other parts change at Moradabad.

Road : Dhikala is 300-kms from Delhi, 145-kms from Lucknow and 51-kms from Ramnagar. The route from Delhi spans Hapur - Moradabad-Ramnagar. The turn off is some 7-kms beyond Moradabad to the left, marked by a small board. The route from Lucknow spans Bareilly–Kichha–Rudrapur–Doraha–Kashipur. Ramnagar is served by frequent buses to and from Nainital and Ranikhet, 112-kms north. Buses arrive every half hour or so after the eight hour trip from Delhi; Delhi Transport corporation run a semi deluxe service, and most of the alternatives are pretty basic

Jim Corbett National Park follows strict rules and regulations. All visitors are expected to stand by the norms and write to keep the national park evergreen with its wildlife and flora. Tourists cannot enter their own vehicles into the park. Visitors must use a taxi number jeep to enjoy Jeep Safari inside the park. Permit for those jeeps are issued by Corbett Tiger Reserve. Visitors must hire an authorised wildlife guide during their travel.There is no fuel station beyond Ramnagar. So should refuel you vehicles before entering the park.

Trekking and hiking is strictly prohibited inside the park except at some fix places. Specific tracks are maintained for visitors to enjoy the photography and some refreshments. Driving off track is not allowed for safety reason. The gates are closed at sunset and no night driving is allowed.

Do not walk in to the core zones.

Do not smoke in restricted areas.

Do not play music inside the Corbett Nation park.

Carry torch, flashlight, (if you booked a stay inside the park) cameras, etc.

Avoid colorful cloths. It is advise to wear dark shaded cloths such as brown and green shaded cloths are best suitable to make chance see animals and less disturbing to the environment. 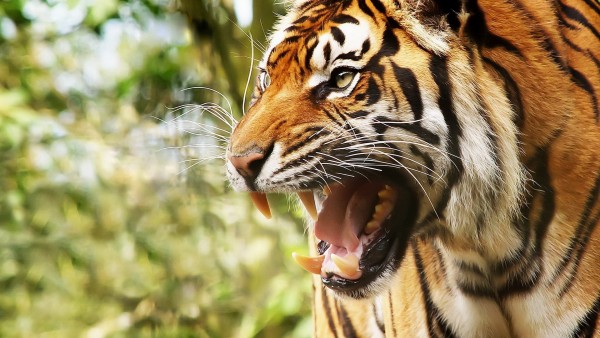 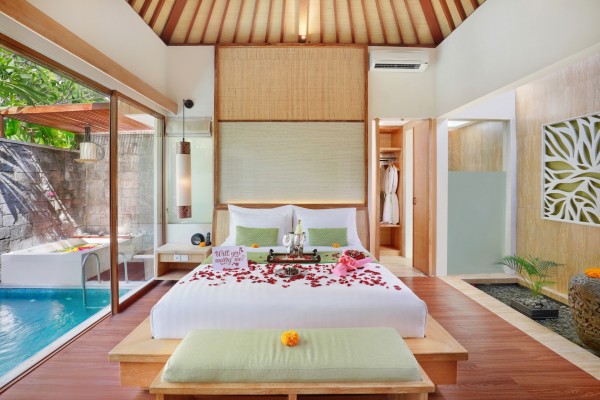 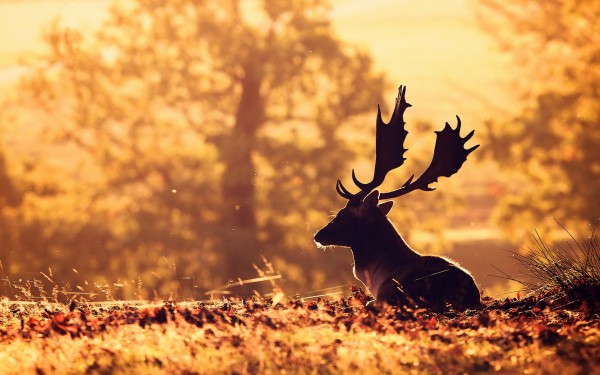 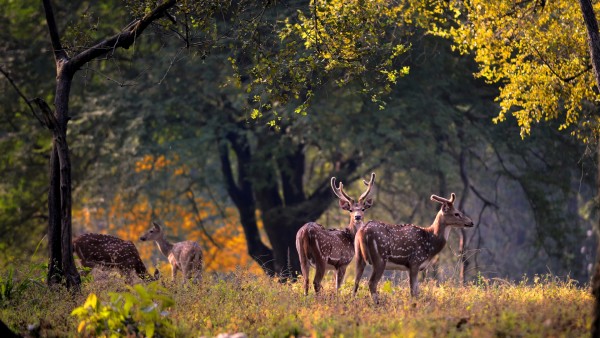 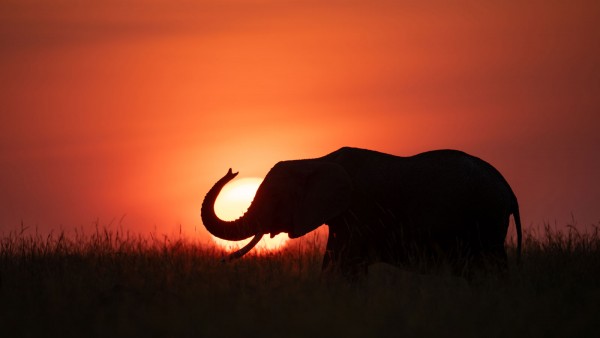 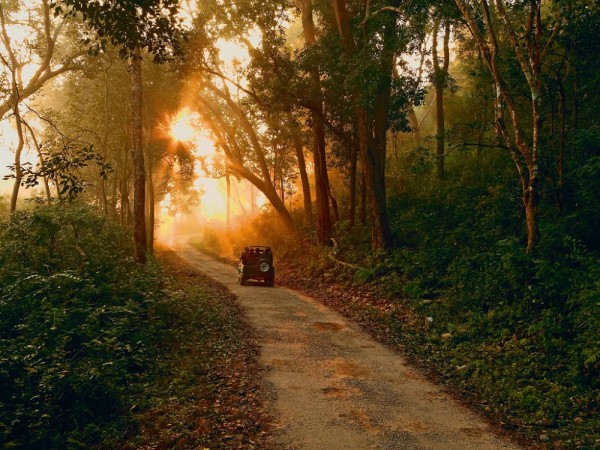 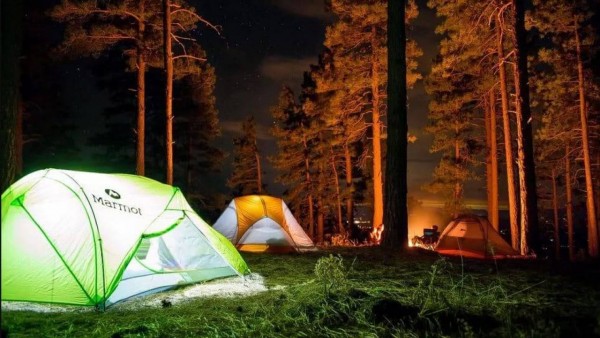